Glenorchy: Amazing enough to be a movie set

It is no surprise to visitors of the picturesque village of Glenorchy that the area is home to many movies including of course New Zealand’s greatest export – the Lord of the Rings. In fact, in many cases the scenery of Glenorchy has become more famous than the actors themselves.

No trip to New Zealand would be complete for a movie buff without a day trip to Glenorchy.

Lake Wakatipu itself was Lothlorien, the home to the Lady of the Forest, in the Lord of the Rings Trilogy. Isengard, Amon Hen, The Misty Mountains and Ithilien were also situated around the South of Queenstown. Twenty kilometres away from Glenorchy, as the farmland becomes stunning native beech forests, sits the site of Paradise.  While history tells that it was named after it’s native locals – the Paradise ducks I am sure you would agree after your Altitude Tour of Glenorchy that the incredible natural scenery and breath-taking vistas provide enough evidence of it’s apt naming.  Describing Paradise Sir Ian McKellen (Gandalf in the Lord of the Rings) stated “this is the Middle‑earth I had always pictured”.

While The Lord of The Rings holds pride in place with so many New Zealanders Glenorchy is equally famous for so many other films like Vertical Limits which was filmed in the mountains around Glenorchy, X-Men Origins: Wolverine, The Water Horse, both The Lion, the Witch and the Wardrobe and Prince Caspian from the Chronicles of Narnia series, and more recently Tom Cruise was hanging around town filming the latest instalment of his Mission Impossible movie – Fallout, in the Rees Valley.

There is real joy for those that watched the dark BBC drama series Top of The Lake by Kiwi Director Jane Campion on their Glenorchy daytrip. The entire series was set in Glenorchy with much of it filmed in the Glenorchy Hotel, which you will stop at on your Altitude Glenorchy tour.

It is no surprise really that this area has been chosen so many times to be the backdrop of such epic productions, when you see for yourself on your Glenorchy day trip the true scale of the beauty here. Huge mountains towering over the raging Rees and Dart Rivers as they boarder rustic Glenorchy nestled on the shores of the mighty Lake Wakatipu.

Does all this Hollywood attention detract from the serenity of Glenorchy?

English journalist Adrian Bridge, of the Telegraph wrote that Glenorchy has in no way been tainted or altered in anyway by the influx of movie sets “and this extremely picturesque area of New Zealand retains an almost Garden of Eden like innocence.” The Perfect Day in Glenorchy 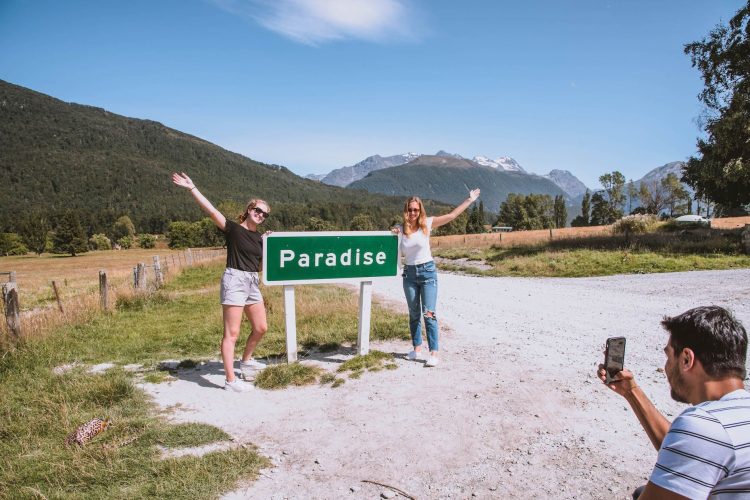